Everyone else is posting cookie and candy recipes, but for me, Christmas Eve means Mexican food- and has for the better part of the last decade. I make this salad once a year, and I make a bucketload- enough to feed 30-40 people each year on Christmas Eve. If I showed up with anything else, they might toss me out. The recipe is originally from El Torito Restaurant, and trust me when I say it’s the real deal. You can halve the recipe if you need less than a vat. Even feeding 40 people, I’ll only use half. (I dole the rest out to grateful friends)

Welcome to the kitchen of Little House… Now lets make some food!

The cast of characters: 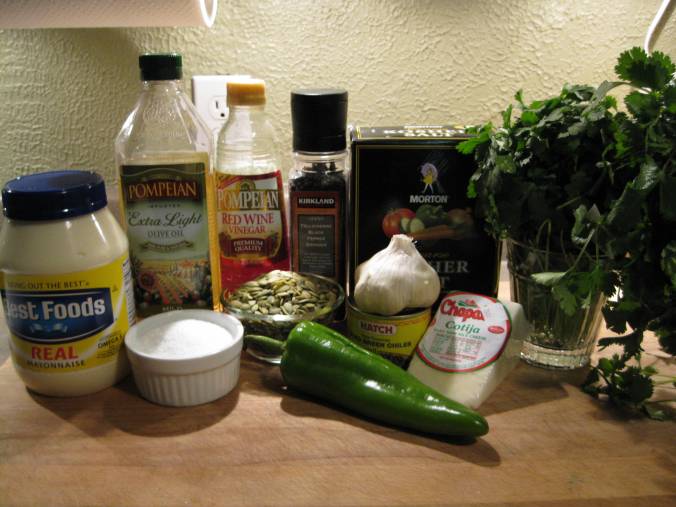 The very first thing you have to do is roast your pepitas. This is a fun little thing, because they puff up and pop when you heat them- and their flavor is terrific. When you start, they will be flat and firm, and add them to a dry pan over medium heat: 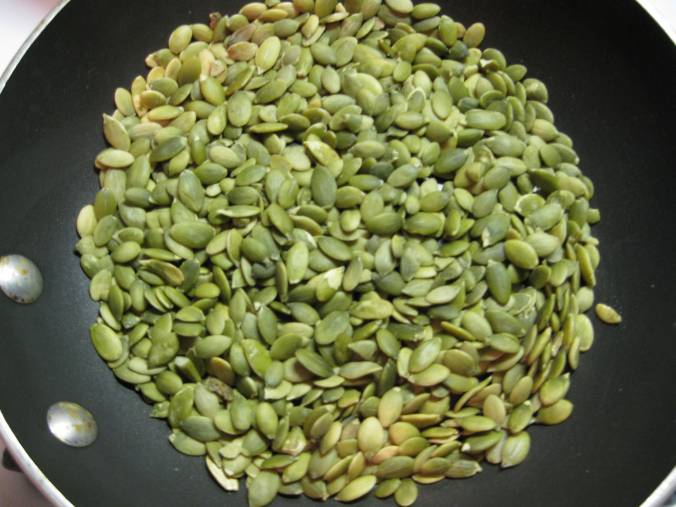 Shake them and watch carefully- like all nuts/seeds, they’re likely to burn if you’re not careful. It only takes a couple of minutes- and they’ll start to pop and puff up, and look like this: 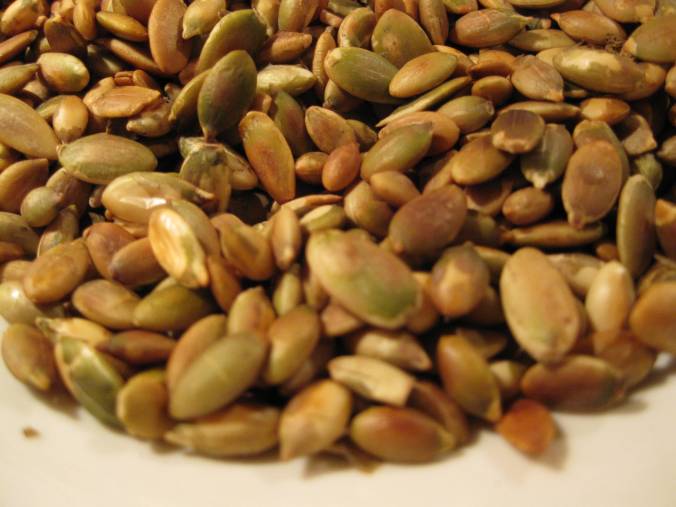 Place all of the above ingredients except cilantro, mayonnaise and water in a food processor. Thus:

Give it a whirl, pulsing until it’s well combined and uniform. Then, add the cilantro- yes, all of it- but only handfulls at a time, or you might have a mess. But keep adding and pulsing until it looks like this:

Then, in a large separate bowl, combine and whisk together the mayonnaise and the water until smooth, and then add the contents of the cilantro-ladden food processor:

Then bottle in canning jars and refrigerate. It tastes best after its sat in the cold for a day or two, and will keep a week in the fridge. It never lasts that long at my house…

To make the salad, quantities are variable, depending on the crowd:

Et voila! Assemble to your liking, and enjoy!