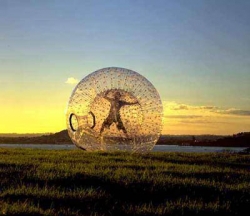 Four-day weekends are not a blessing when you are a single, solo parent of three very active, very demanding little people. Most of the time I barely last the regular weekend in one piece, and to double down on that? Yeah, recipe for disaster. To be fair, I tried really hard. But the weather was kind of poopy, and driving over to Seattle to hang with Mo was not in the cards. So instead, we were all at home, all together, all weekend. Oh, and without a Wii. It’s broken. Which means also without Netflix.

Friday was fine. It was a novelty. Great. Everyone played. A couple of friends dropped by. Everyone was happy. Mostly.

Saturday was fine. Saturday night, I had a friend come over and stay with Abby while I took the boys to see Harry Potter: The Deathly Hallows. We have this cool old theater downtown(ish) that has $1 movies on Saturday night, and we were part of a packed house to finally enjoy the last chapter of Harry, Ron and Hermione.  Holding this over their heads all day ensured good behavior, and we actually had a great time, with the exception of one small mishap with a slinky. Lets just say it got caught in my purse strap, and we were gonna be late, and I opted to mangle it with speed rather than untangle it with care. Bean may not forgive me for a while.

Sunday was Sunday. Church. Busy. Rush. No matter what time church is, it’s always a mad rush out the door. My friend had Bean sit with her during Sacrament, which was awesome. It’s so much easier when I’m juggling two instead of three. Made pizza for dinner, talked to my mom. Ignored increased bickering and sniping from the kids, and help my breath.

Monday. It hit the fan. I totally lost my cool with the kids this morning. We are not a mellow household, and I am not a meek, angel mother who my kids will praise for never raising her voice- let’s just get that out of the way right now. My kids are boisterous and loud, and really, it’s my fault. I play things loose most of the time. I’m not a stickler for structure, and I don’t have chore charts or sticker rewards. I figure we all are part of this family, we all contribute. My kids know this. They also exploit it sometimes. This morning, I jotted down a few simple chores for each of them, and when the grumbling immediately started up, I told them whoever complained got another chore.

It didn’t take long until Jeffrey’s list was added to. And again. He was incensed and furious with me, and became super mouthy, and this lit Bean off to misbehave too. When Abby mouthed off to me (!) it was time to nip. All I wanted them to do was strip their beds, take the laundry downstairs and pick up their Legos. Not that much, imho. By the end of the morning, Jeffrey had cleaned the kitchen floor on his hands and knees, everyone had cried at least once, Bean and Abby were in their rooms and Jeffrey told me I was the meanest human being on the planet– Ever!

Then, bright ideas overflowing, I decided to take us all to Costco. Because it went so well last time! Remember last time? We weren’t there five minutes when I lost Bean the first time. I found him at the 3D TV monitors- so no panic there.  We made our way through the throng, and I lost him again back in the cold food. He’s squirrelly and quick, this kid- believe me. It was crowded, and he knows how to exploit his niche. This time it took me a little longer- he was inside the giant inflatable Earth ball they had on display. Yes. INSIDE. I wish I had taken a picture, but all I could think was GET DOWN! RIGHT NOW! He sheepishly climbed out and down and we managed to blast through the rest of the warehouse with him only getting lost watching the coffee roaster and then looking at the churros through the cafe glass.

Honestly, I don’t blame him. I wish I could have gotten in it too…

One thought on “Four Day Weekend”

Anyone who follows me on Twitter knows a little about my thrift store vintage magic. I’ve been struggling and after a year at home, I’m finally venturing out again. I gave myself a couple of desperately needed hours off and went treasure hunting. And I found some amazing things, including this 100-year old frame I hope will hold my law degree, a California poppy pitcher, and a vintage hand-crocheted granny squares blanket. I’m feeling better and ready to get back to work.