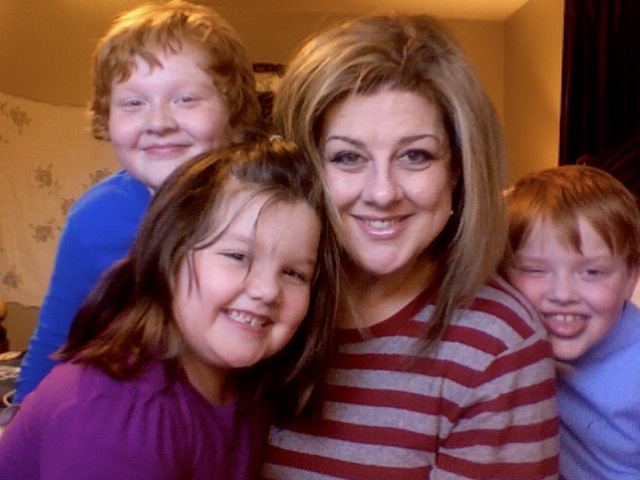 Are there any pictures where Bean is not either making this face, or hiding? No. No, there are not.

Yes, folks, it’s that time again- and while it may appear that I’ve dropped off the western cliffs of Portugal, I have instead been deposited somewhere much less picturesque (and not nearly as warm)- Finals Week. I’ve been buried and writing and writing and writing. Two weeks left until the end of the quarter, but its been a heavy one, and I have some massive papers due. I can do it. I will do it. It might not be pretty.

Of course the boys have their Pinewood Derby finals week. Because I need something else to either fail, or miss, or in some other way drop the mom-ball. Yay! Yeah yeah yeah, I know it’ll be fine- but dude. Cut a chick some slack somewhere!

It’s my mom’s birthday today. It’s also my ex-husband’s birthday. Freud would have something to say about that, I’m sure. I always liked Jung better anyway.

One thing I’ve realized lately is that when the call comes, when the letter arrives, when the sunlight finally falls on your face… none of the struggle even matters. It all falls away, and you just remember the beauty. It’s like childbirth, but constantly, in your whole life. Then again, maybe I just need some sleep. But still, knowing that means I can do this. I can.

I’m cooking dinner with my kids for my ex-husband and his mother tomorrow night. Because my children wanted to, that’s why. And because I’m me, and it’s his birthday, and no one else is going to do it. And my kids matter more than my own awkwardness. Abby is making the cake. She says it will be rainbow– and I can’t even pretend that’s impossible.

How many pages can I write tomorrow on the leadership of the American Enlightenment in between making carnitas, tortillas, guacamole and tomato pepita dressing? Taking bets now…

Abby conducted the morning assembly at the kids’ school this morning. She read the announcements, and gave the birthdays out. She was justifiably proud.

Used a store credit at Sears to have the oil changed on my car today. That’s right, creative ingenuity in action! And the guy threw in new wiper blades too!

My neighbor is buying Bean’s swingset from him, and he’s thrilled because I have promised them all they can use the money when we get to Virginia to buy something new for themselves. In our most-likely tiny apartment. Advance apologies to whomever lives below us.

Speaking of Bean, I woke the other night to find him next to me. This is highly unusual- unlike Jeff and Abby, Bean has never liked to snuggle. It was 3 am, and he was curled up next to me, watching an infomercial. He looked at me and with great wonder whispered “Mom! this commercial has been on for a whole HOUR!”

We have another IEP on Monday. His team is moving him back from a 504 to a full IEP. It’s part of the extra safety net for when we move, and part of what I told them would happen when the first moved him to a 504. Oh well. Someday, I’ll be the professional, not just the dumb mom. (I jest- his team is really wonderful- it’s just hard sometimes for a group of professionals to always weigh mom’s perspective as the viable one.)

Watched the full moon rise tonight over Mica Peak, on my way to school. Spectacular. It’s the small things.