It’s probably not possible to catch all the way up. December is half over. The days are flying by, the halls are (totally and utterly) decked, and all the running around is done. What’s left on my plate now is the good stuff… the baking, the reading, the knitting, the hanging out with the kids, the taking cookies to neighbors, the snuggling by the fire, and the deep peace and satisfaction of the coming Christmas eve— my favorite night of the year, every year, worlds without end.

Thanksgiving was a whirlwind, but a deeply satisfying and good whirlwind. We had family in from out of state, and the house was overflowing with kids and chaos and goodness. After all the years of our quiet, small family, having the rafters ringing with kids laughing and toddlers underfoot, while pots bubble on the stove with delicious recipes is all so deeply satisfying. I keep finding myself pausing, holding my breath for a moment or two. This is such a good life.

I managed to hold off decorating for Christmas until after dinner on Thanksgiving. There was a moment or two I felt like The Doctor on the verge of regeneration, I was trying so hard to hold in the gleeful joy of being excited for Christmas. I did it though. Barely. We got our first tree on Friday after Thanksgiving, and I will not admit how many trees there are in the house. Nope.

We’ve all been knitting— though I admit I have only made seven pair of socks this year, and only a few other things. 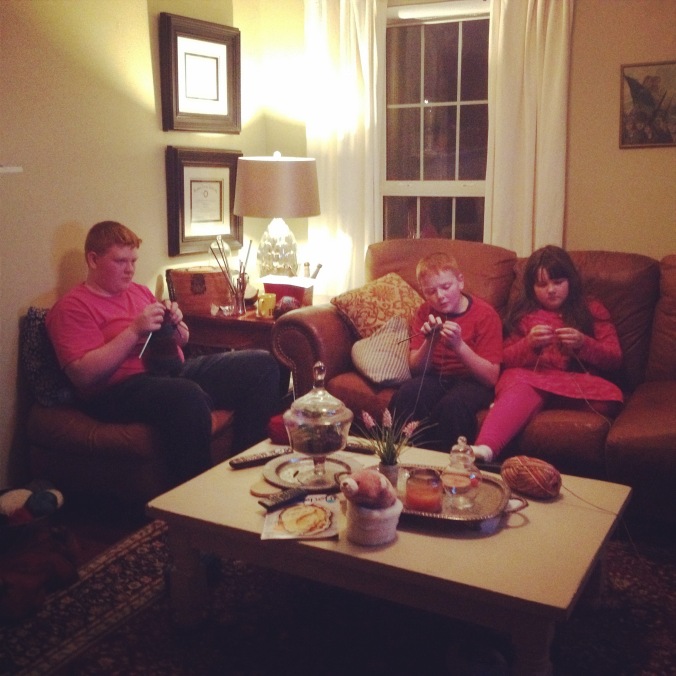 The boys were thrilled to help Jon put the lights on the house. What is it about a boy and getting on the roof? It doesn’t seem to matter how old they are, there is simply something about being on TOP of a house that an XY chromosome cannot resist. I declared the outside the realm of the men, and they made all the decisions about lights, and I believe their plans are for more inflatable things after the Christmas sales kick in. I will refrain from comment or opinion. I will. So help me… 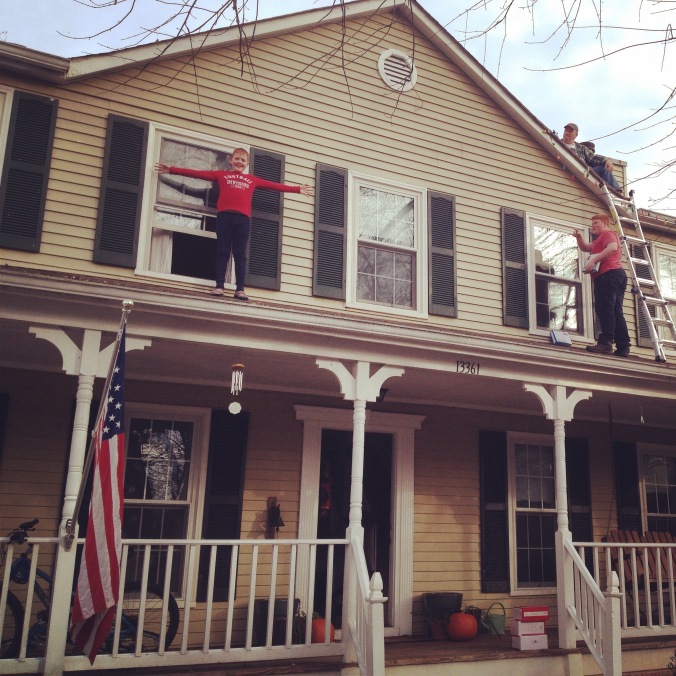 And that pretty much brings me up to date. The kids have their Christmas concerts, tuba and cello, representing. I’m working on a new recipe to share, and Mo has asked me to make her a dragon head out of paper maché. Bean asked Santa for a giant bean bag, and Abby asked for a water cooler and paper cups, and Jon’s oldest son asked for a dinosaur tooth. Try walking through Toys R Us with that list.

Also, I advise against publicly saying you’re going to hand address all your Christmas cards with a quill pen. Not that I would know.

8 thoughts on “Catching Up”