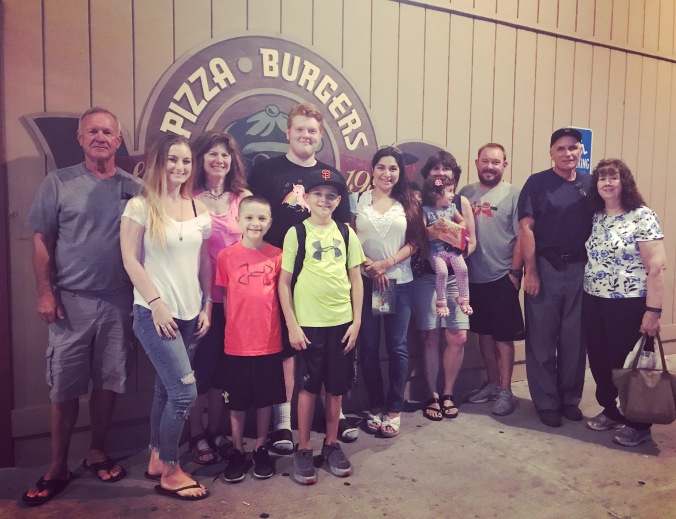 I was the first born grandchild on both sides of my family. My mother was barely 20 when I was born, and it would be years before I had a cousin, let alone a sibling. For all of my first memories, I was the sole recipient of the love of grandparents, aunts, uncles, and close family friends. That centrality and certainty of that love absolutely formed a foundation for my sense of self.

I had just turned seven when my first brother came along, and I don’t think I took very kindly to being knocked off my perch of Most Important—though I loved him wildly.  It was five years later, on the edge of entering my teens, that my second brother was born. The distance between our births wasn’t planned, but it effected our early relationships in profound ways. The year I graduated from high school, the youngest started Kindergarten.

For years there was a disconnect; it’s hard to relate to siblings at such divergent milestones of development. I was figuring out how to live on my own while my brother was learning to write his name. I was getting married and having my first baby while my other brother was trying to graduate from high school. My relationship with both of them was close, but for a long time I was more of a distant sort of amalgamation of parent-sibling to my youngest brother. It’s not so anymore.

As we have gotten older, the gap between us emotionally has closed but geographically we are scattered further than any of us would like.  Technology allows us to stay connected in ways we couldn’t when we were younger. We talk frequently, and text ridiculous memes and funny pictures of our kids. We are all married and raising our children, we are all navigating the normal routines of adulthood: spouses, school events, parent-teacher conferences, and employment conflicts and resolutions.

When I was 23, my dad added another sibling, a daughter. She and I are literally a generation apart, further than my own mother and me. I haven’t ever really had the chance to know her, and she’s an adult now. There aren’t any bad feelings there—just a sort of vacancy, where I don’t know her at all, other than having the same father, our upbringings share nothing. Perhaps some day that gap will shrink, too.